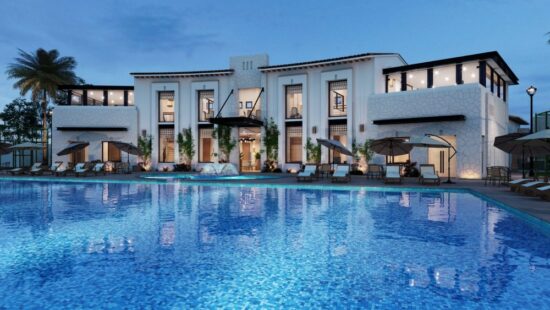 When you’re looking at options for vacations, one of the debates that arises is hotels vs timeshares. They obviously both have their pros and cons. But most people mistakenly assume that timeshares are the better value. In reality, simply getting a hotel might be more cost-effective for you. It’s important to take this into consideration if you own – or are thinking about getting – a timeshare.

Why Do People Think Timeshares Are Cheaper?

One of the main selling points that timeshare representatives emphasize is that when it comes to hotels vs timeshares, timeshares are less expensive. This myth has persisted because the timeshare industry has worked very diligently to spread it. However, it’s not exactly true.

Remember that timeshare representatives are salespeople. Therefore, that’s exactly what they’re trying to do – sell you something. When they make their presentations, they do it in such a way that they are not always providing the most accurate information on how much it really costs to own a timeshare. In order to have a true understanding of the costs of hotels vs timeshares, you must first understand what costs are associated with timeshares that you do not have with hotels.

Here is the biggest difference between hotel and timeshare costs: the purchase cost.

With timeshares, you pay a huge upfront amount for the purchase. You typically pay at least $10,000 up front. You. might pay even more in initial costs.

In other words, you’re going to lose anywhere from 50% to 90% of that initial upfront investment. That’s important to think about when it comes to the debate about hotels vs timeshares. And don’t forget that there will also be additional costs associated with selling a timeshare. You can hire a company to sell it, use a real estate agent, or try selling it yourself but each of these is associated with various fees.

Moreover, you must have the paperwork from the resort to sell your timeshare. Timeshare companies charge you for “document preparation” services which can cost anywhere between $250 and $500+. These document preparation services usually entail notifying the timeshare company of a change of ownership, drawing of a deed or contract, and obtaining a title. Luckily, a hotel never charges you any document or paperwork fees.

If you keep your unit for 10 years and you initially pay $20,000 for it, then over a 10 year period, you’re paying $1,600 to $1,800 a year for the unit. That might not seem like a bad deal, but it’s only the initial cost. There are many others which will add to that price. One fo those is the cost that you pay to finance your timeshare.

Of course, if you have disposable income and can pay for the timeshare outright then this is a non-issue. But most people don’t do that. Most people get a loan to cover the timeshare. Often, these loans have high interest rates. They aren’t considered real estate loans. Instead, their rates are more comparable to credit card loans. Depending on your credit, that could end up being a very high cost. And depending on how long you take to pay off that loan, you could end up spending thousands more than the initial loan cost.

If you have to take out a loan to buy a timeshare then you almost certainly would do better financially with hotel stays.

5 Other Ways Timeshares Cost You Too Much Money

Here are some of the other ways that timeshares can end up costing you a lot of money (and therefore why you might want to just use hotels):

1. Hotels vs Timeshares: Costs for Non-Use

Most people who purchase a timeshare plan on being able to use it year after year on a regular basis. Unfortunately, as most of us can attest, things don’t always go as planned. Just think about all of the timeshares sitting empty during COVID-19 because people aren’t able to travel.

If you purchase a timeshare, there’s a high probability at some point during your ownership something will happen which prevents you from going on vacation that year. Unlike a hotel, even if you do not use your timeshare, you’re still responsible for paying all costs associated with it (i.e. maintenance and fees, which we’re about to explore further). When using a hotel, if you don’t go someplace one year, you don’t have to pay a dime to do so.

Whenever you buy timeshare, you will generally be charged yearly or monthly maintenance fees. These fees can vary according to the resort and timeshare purchased, but they generally run between $300 and $1,000+ per year. They can be even more expensive.

Unfortunately, you have to pay these fees regardless of whether or not you have actually used your timeshare each year. For some people, the upkeep costs are equivalent to what they would have spent on staying at a hotel for their vacation. Don’t forget that you’ve already paid a huge upfront fee in order to secure your unit, so this fee is added to the cost of that.

So, you’re paying that upkeep whether or not you travel. Plus you’re limited to traveling to only that one destination where your timeshare is located. Many people regret the decision to buy a timeshare. In fact, some reports indicate that as many as 85% of timeshare owners have regrets.

If you own a timeshare, then you may get tired of going to the same place every year. While this is easy to do when you stay at hotels, trying to exchange or swap your timeshare with someone else can be difficult and expensive. Most exchange companies that handle these transactions charge a fee, which can range anywhere from $100 per exchange to a percentage of the total price. And, that’s if you are even able to exchange. Often you need to do this months in advance, making last minute changes nearly impossible.

Another aspect to consider is what happens when the property where your timeshare is located needs to be repaired or improved. Due to the fact that you don’t own the actual property, only your unit, the company which owns it can charge you an assessment fee for repair costs anytime they want. You don’t get a vote in the decision.

For most timeshare companies, this fee ranges from flat fees to a percentage of the total repair costs, and it must be paid immediately. For example, if a natural disaster occurred which caused a great deal of damage, then you could be charged thousands of dollars that are due immediately. On the other hand, you’ll never be charged any assessment fees or repair fees if a hotel that you stay at happens to be damaged or needs repairs. Heck, you might even get a refund if you’ve booked a hotel and they have to cancel due to damages.

The difference between owning a timeshare and using a hotel is that hotels will never charge you a membership fee. In fact, hotel memberships are usually free and allow the members to earn rewards when they use their hotel rooms.

Even though timeshare salespeople will lead you to believe that owning a timeshare is much less expensive than staying in a hotel, in the long run the fees associated with owning a timeshare are much more significant than what it would cost to stay in a hotel during your vacations. The best way to ensure you’re making an informed decision on whether or not you should purchase a timeshare is by understanding all of the fees and costs that comes with it.

Then it’s up to you to decide whether it is more cost-effective to purchase a timeshare or stay in a hotel.  With hotels, all you have to do is pay for the cost of your stay and leave. There is certainly something to be said for that!

If you enjoy reading our blog posts and would like to try your hand at blogging, we have good news for you; you can do exactly that on Saving Advice. Just click here to get started. If you want to be able to customize your blog on your own domain and need hosting service, we recommend trying BlueHost. They offer powerful hosting services for $3.95/month!